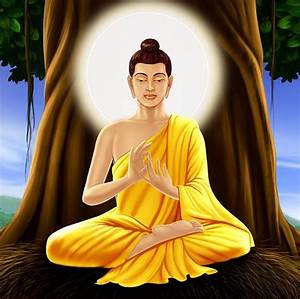 These are : 1.Northing is lost in the Universe
2.Everything Changes
3. The Law of Cause and Effect
Buddhism also gives importance Sila, Samadhi & Prajna. These are the 3
trainings or practice which depends upon 2 fundamental principles. One is
Principles of equality & another is Principles of reciprocity. The Buddha’s
4 Nobel truths explore human suffering. They may be described as
dukkha, samudaya, nirodha & magga. Suffering is real & Universal.

Lifeis suffering every moment with loss sickness, pain, failure etc. and find
pleasure in the world. This kind of emotions called Dukkha. Suffering is
due to attachment. It is the desire to have & control things. That is
Samudaya. Nirodha means there is a cause of suffering. In order to end
suffering, you must follow the 8fold path of Lord Buddha. It is also

believed that Gautama Buddha is the 9 th  incarnation of Lord Bishun of
Hindu.